During April the #HearMeSpeak team had a tour of City, University of London, journalism department and three workshops. 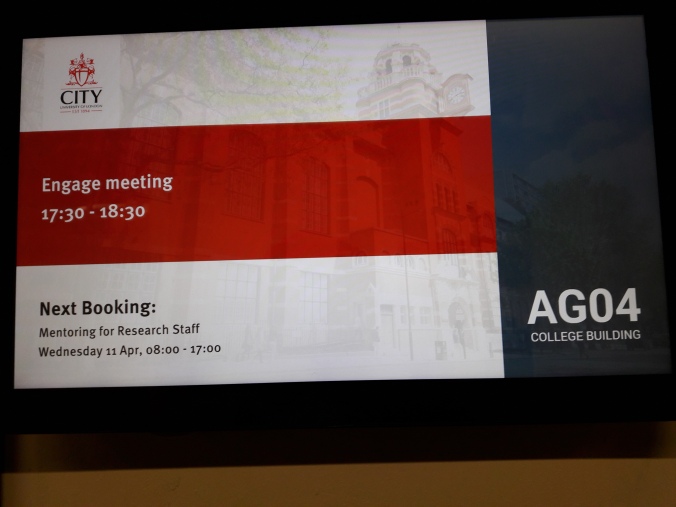 Our booked room for a post tour debrief on the exterior display at City. (c) Engage London

Tour: included the amazing journalism department with two radio studios, TV studio with seating for an audience, Apple Mac computer rooms with students working on their own projects, two lecture rooms – one with theatre seating and the other cabaret seating (which had computers that could be lowered to provide different studying experiences).

What did you think of City’s journalism department?
“How modern the building is.” Favour

“It was interesting sitting and talking about workshop ideas. I’d like to be able to use this equipment during and after the project.” Brandon

“How do we get access to the equipment for our own projects?” Surelle 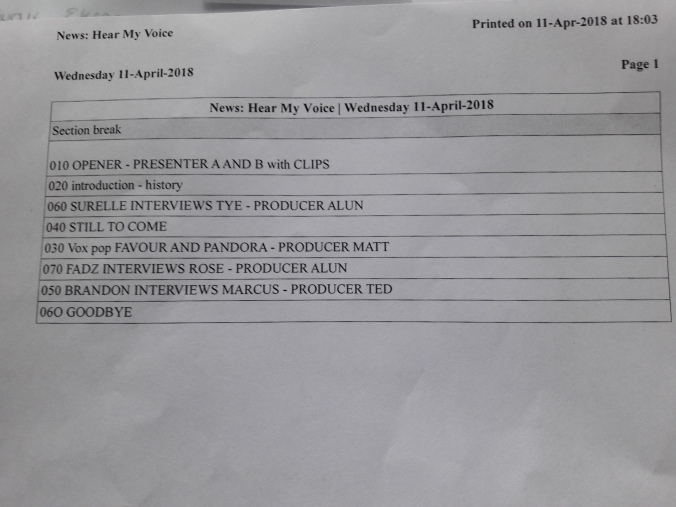 Planning a podcast at City from Opener to Goodbye. (c) Engage London

Skills learnt:
a) Radio know-how – including planning and assigning roles – technical (including using Burli autocue), research and presenting.
b) Finding a peg – something that people are talking about. The podcast topic, staying safe in London, was picked because there have been 50 knife and gun attacks on mostly young people by mostly young people over the past few weeks. According to the mainstream press London’s murder rate is now higher than New York. The group know that everyone in Europe will be talking about this so they wanted to give their story. Put another way it’s their narrative focusing on individual experiences.
c) Practice of a variety of interviews including over the phone, face-to-face and vox pop.
d) Working to deadline in a team.

What did you learn?
“The being team that you require to create a show. I found it interesting creating the script, seeing how the live studio worked and reading live from the prompter.” Surelle

“It was interesting being part of the brief at the beginning and watching how it came together at the end.” Brandon

“It was easier than I expected – amazing, a real pro-experience.” Martina

“It was harder than I expected.” Fardowsa

“I learnt how to edit the audio that has been made. It was amazing. Most interesting was vox pox – approaching strangers and asking their opinion.” Favour. 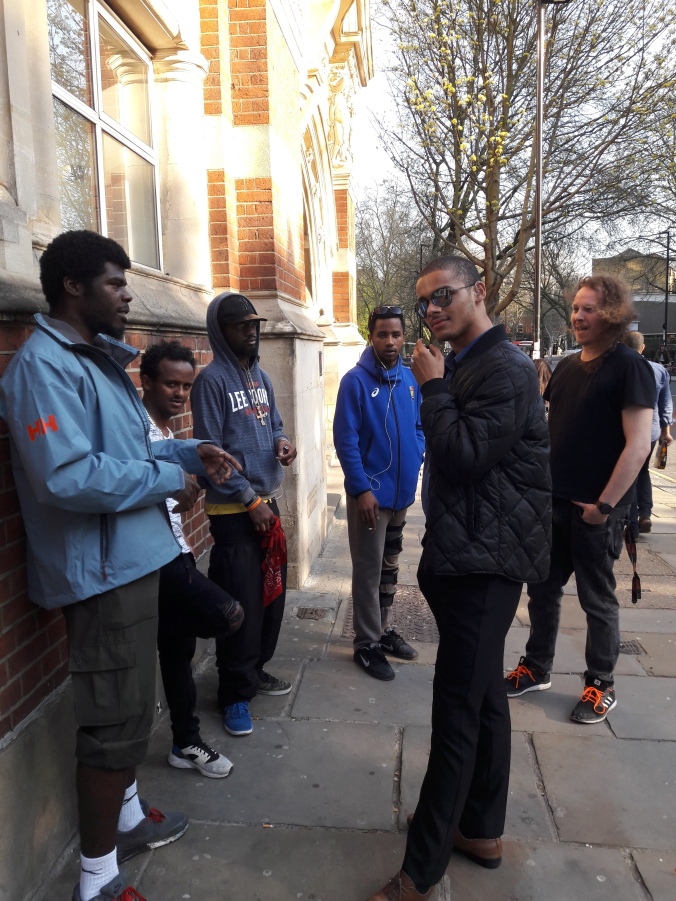 There was a big turn out for the TV show: seven City journalism students, most of the Pilion Trust #hearmespeak team and an audience of around 26. The actual studio seats 35 so we were close to bursting. There was a marked gender split with most of the boys interested in the equipment and technical skill. In the end our four panellists were all young women, apart from the anchor, City 1st year journalism student, Matt.

Most of the participants were surprised by the amount of thinking work that goes into preparing the questions that will be asked by the audience.

What did you learn?
Favour (audience/question asker): “We worked together as a team.”

Gemmel (technician/floor manager): “Effective communication makes for a good TV show. It was interesting seeing a collaboration of workers come together to complete a show having fulfilled different roles.”

Naomi (audience/question asker): “I found the presenting interesting, as despite having a script, a lot of it is improvised to match the tone of response provided by the panel. Liked having a platform where we are freely able to express your opinion.”

Gideon (technician): “I learnt about film and lighting working with the studio and camera.”

Yasmin (panel): “I found it interesting learning about the different and important roles/jobs that go into creating a show. I think the high tech equipment and growing knowledge means we have created a platform that is interesting and eye-catching to a wider audience.”

Pandora (panel): “It’s very fun. It educates the world because youths like us are speaking #hearmespeak.”

Brandon (camera operator): “I found it interesting seeing how to work in your role and help the show to progress. Now we have this #hearmespeak material made, we can broadcast it through our media.”

Jahbarey (technician): “I think I can work as a sound manager. I learnt that the job requires focus. I like the way the #hearmespeak workshops are letting a lot of people know about how young people feel about the issues in society.”

Misgana (technician/studio camera): “I like the camera and learnt many things, like changing the positions. I had no idea before, and now I know what to do.”

Moon (audience): “I found it interesting that the questions are prepared beforehand.” 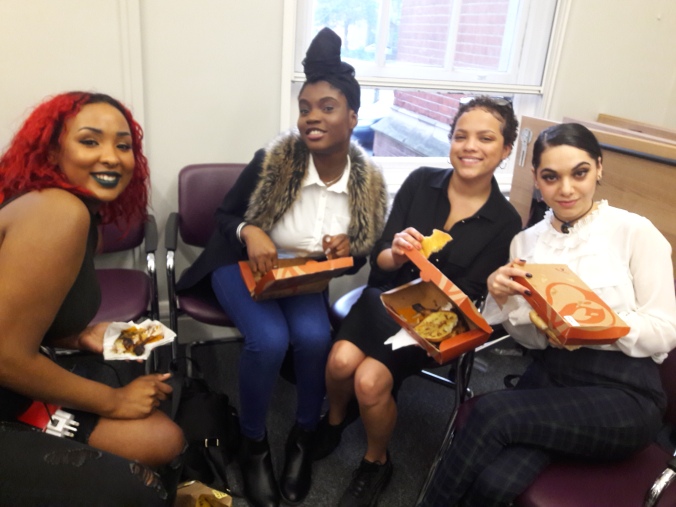 After the event we all shared some donated Nandos jumbo platters – chicken, corn, garlic bread, coleslaw. 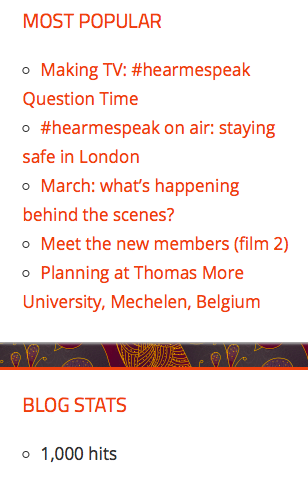 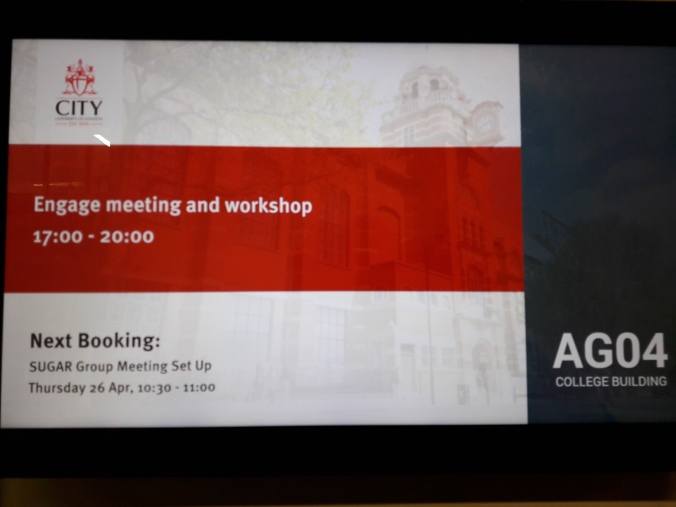 Back to City university to critique our podcast show. Barbara also ran another session in the radio studio to give people the opportunity to do freestyle podcasting – Fadz, Yasmin, Favour, Gerrell and Jahbary discussed the ways their style has changed. Meanwhile Misgana and others were helping use the sound equipment.

Planning for Romania
We’ve been having trouble ensuring that everyone has an up-to-date passport so they can join the workshops around Europe. But we do have three keen #HearMeSpeak participants – Surelle, Brandon and Pandora – who will be going to Cluj for the Romania workshop in May. As part of the preparation for this Nicola, who is helping coordinate the project, and Catriona, a 2nd year at City, interviewed them.

TV show to be screened at Ringcross Centre plus an opportunity to critique TV making and presenting techniques.